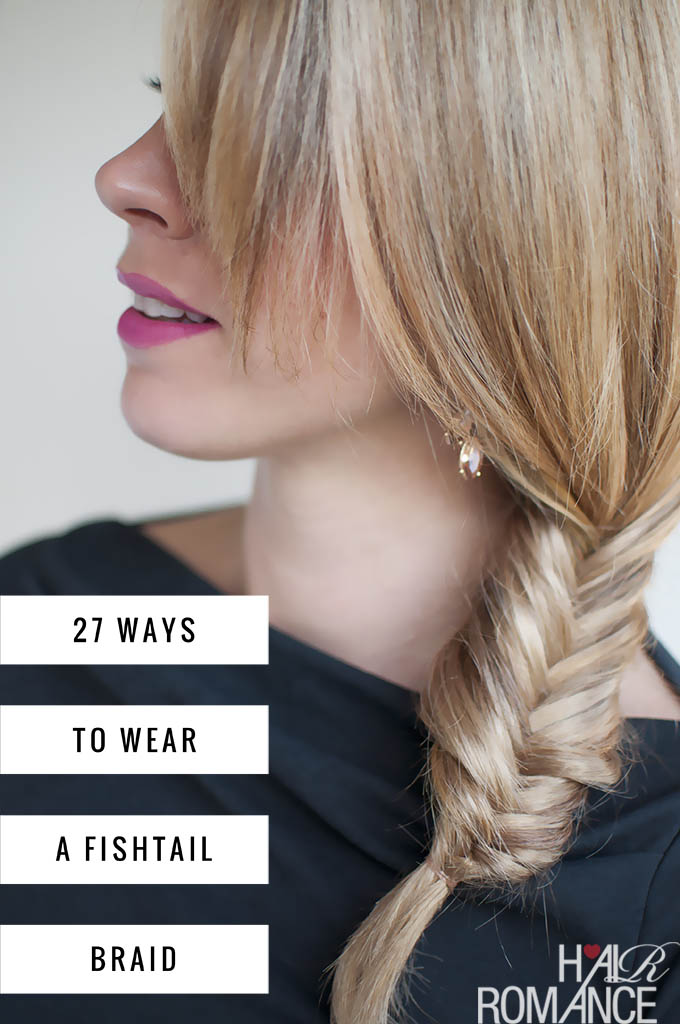 I’ve rounded up the best fishtail braid tutorial videos to save you time searching for your next hairstyle.

Fishtail braids seem more complicated than other braids but they’re really great for beginners. When I teach my braiding classes, after basic braids (plaits) then I move on to fishtails.

With regular braids you’re working with three sections but with fishtail braids you only have two sections. It’s already 1/3 easier!

If you’ve ever doubted that you can braid, give a fishtail braid a try. It’s not as tricky as it looks.

And if you want to really learn how to braid your hair in minutes, you need this book.

Now in no particular order, here are 27 of the best fishtail braid tutorial videos to show you how many ways you can wear this gorgeous braid.

My half-up fishtail braid (with my elastic trick!)

How to do a French fishtail braid

And if you still can’t braid, then this tutorial is for you!

Think you can do a fishtail braid now? Which was your favourite tutorial?