Sleek or textured – two completely different hairstyles I love from the New York runways to inspire your hair.

Tribune Standard is not a name I knew, but I did know the man behind the hair. Richard Kavanagh is an award winning stylist who directed the hair for this show. I have a feeling we’ll be hearing more about Tribune Standard too, as they were described by Harper’s Bazaar as the new guard at New York Fashion Week. With a collection featuring pheasant and feather prints in golds and taupe, and references to the 1902s and 1940s, Richard designed a catlike beauty look with a tightly twisted chignon on the crown with a tortoiseshell comb accessory. Tribune Standard was asked to ring the closing bell at the New York Stock Exchange to officially mark the end of New York Fashion Week and I think bells will be ringing for this label too. 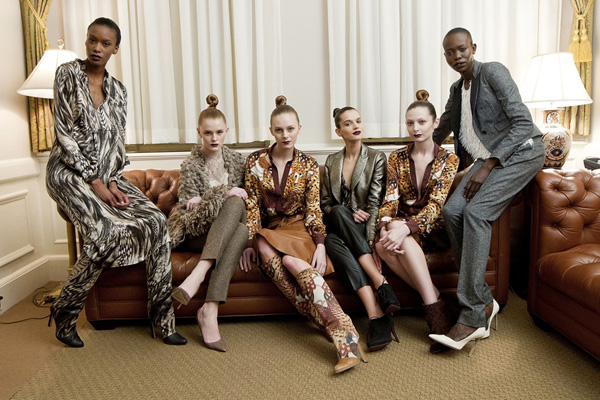 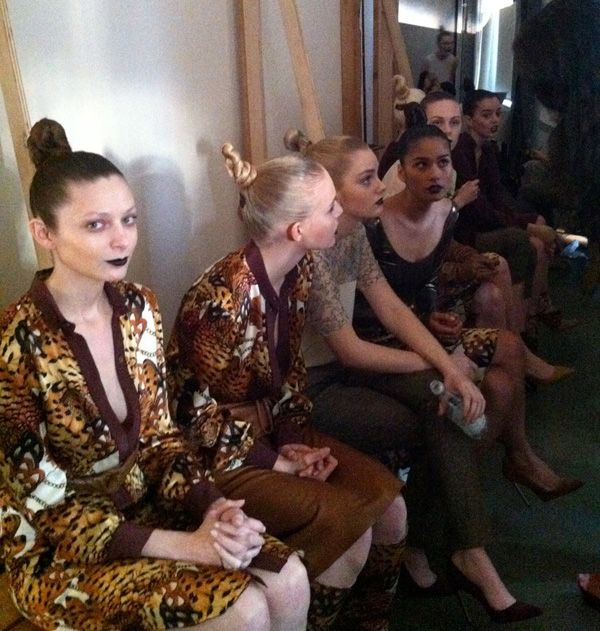 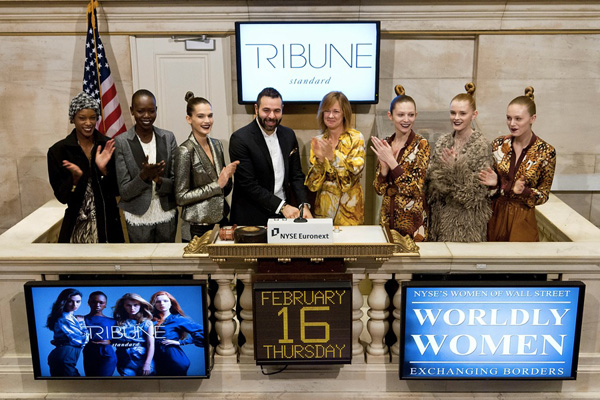 How to get the look

I asked Richard for his insider tips and just how he smoothed all that hair with no flyaways. He says, “the secret is prepping the hair with Redken rootful and blowdrying it off the face. pulling it super tight, then taming the flyaways with Redken fashionwork 12 hairspray.”
The secret to the super sleek chignons? Richard says, “adding gel to the ponytail before twisting into the chignon.”

This sleek look would be perfect in wet hair or in second day hair, when you need to pull it all back.

The loose textured ponytail at Tibi

The blogger’s favourite, Tibi, showed a fresh modern take on the 1960s and hairstylists Frank Rizzieri and Kevin Ryan for Aveda created a loose, lived-in ponytail to complement the relaxed tailored collection. Amy Smilovic, the designer, describes this season as “boy meets girl in masculine-inspired sportswear with feminine details, layering and extreme texture.” Frank and Kevin said, “The collection has a very 60’s feel and we didn’t want the overall look to be too retro.” Ponytails were popular again all over the runways at NYFW and I love this textured style. 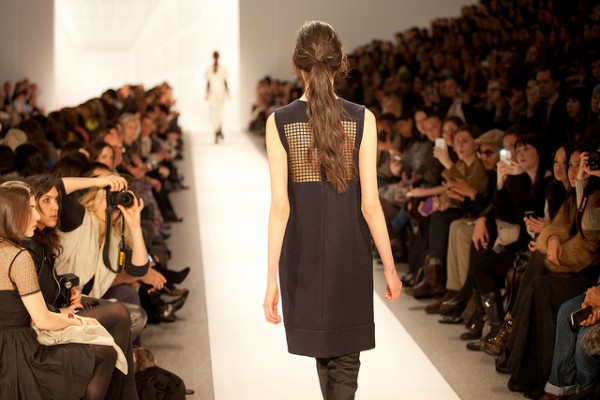 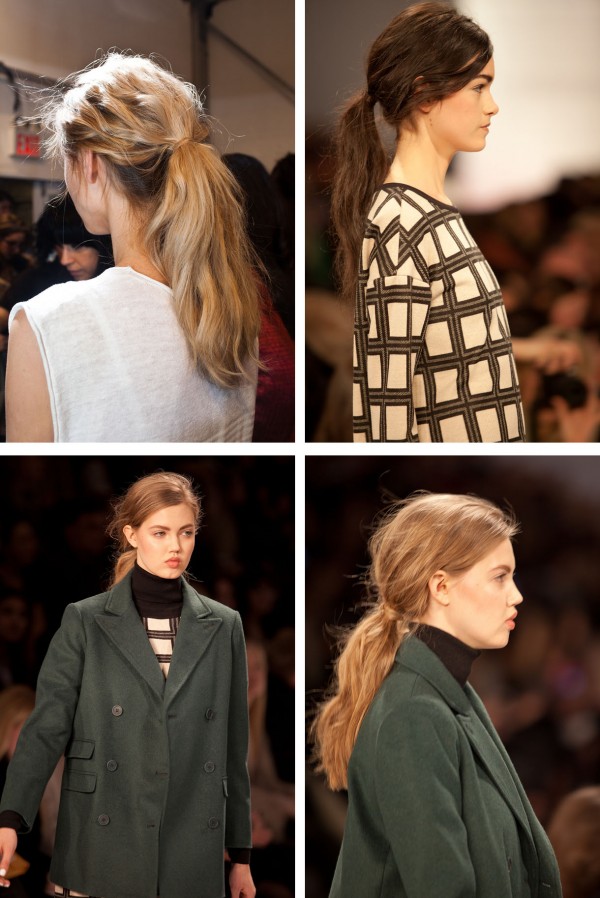 How to get the look

Frank and Kevin describe this style as “a 5pm hairstyle – a low, messy ponytail that looks as if the girl swept her hair up at the end of a long day.” It’s effortless and practical, so really shouldn’t take any time if it is the end of the day for you. Just add a side parting and take a section of the ponytail to wrap around your hair band to give it a neat and deliberate finish.

If you’re starting with clean hair, apply a volumiser to your roots, such as Aveda Volumizing Tonic, and roughly blow dry in different directions with your hand to create movement in your hair. A styling powder such as Aveda Pure Abundance or Osis Dust It can create more volume at the roots if your hair sits flat. Create a deep side part and pull you hair into a low ponytail at the nape of your neck and secure with a hair band, covering the band by winding a piece of hair around it and pinning underneath. Pull a few pieces out to really mess up the ponytail and give it that lived-in look.

Sleek or slept-in – which is your favourite look?