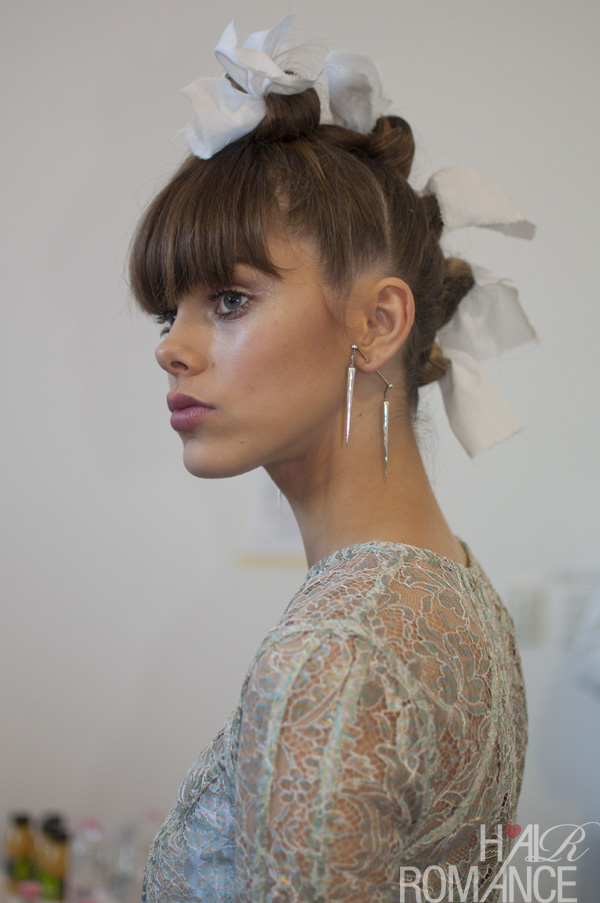 A modern interpretation of a rag roll curl at Zimmerman 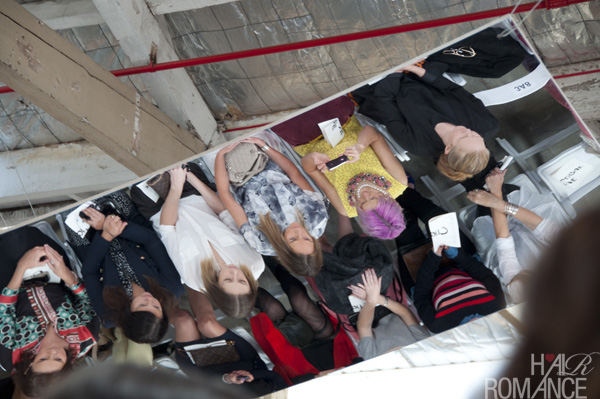 The view from above – mirrors hanging from the ceiling at Zimmerman 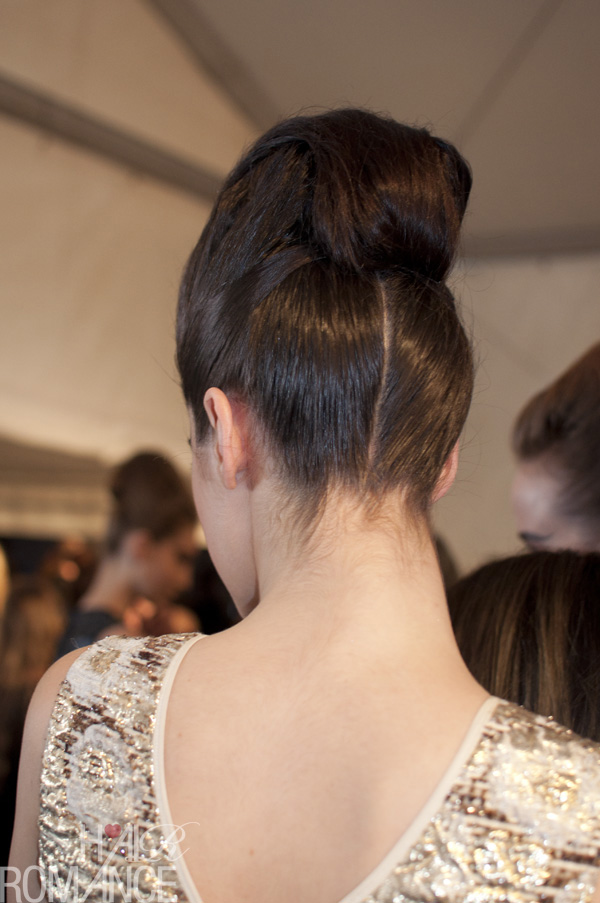 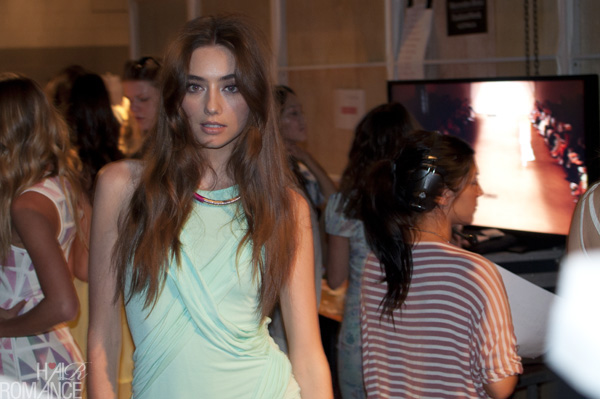 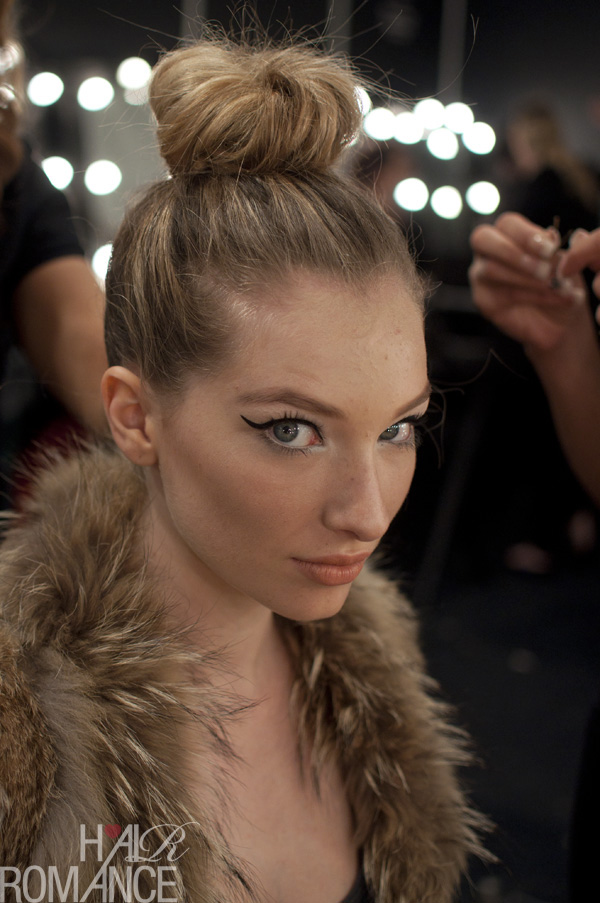 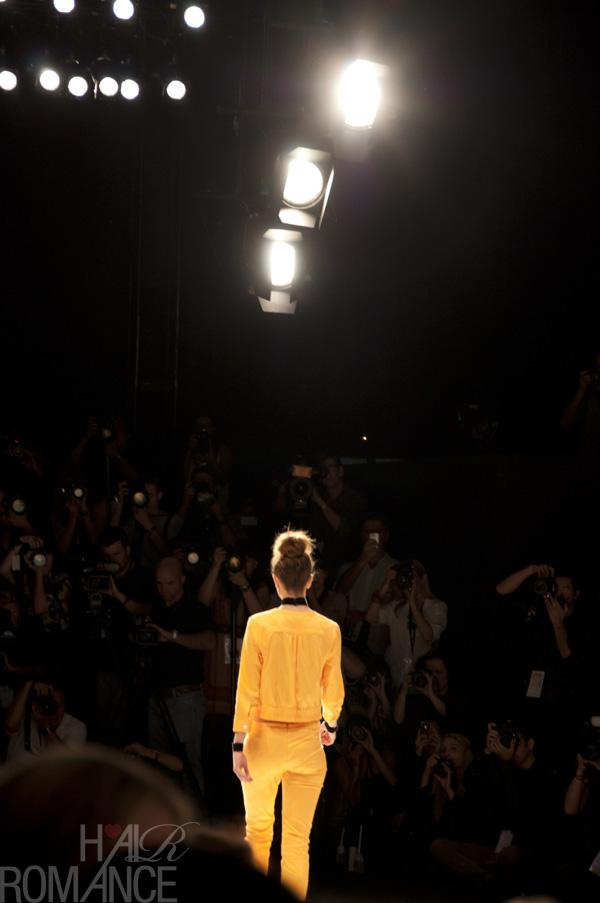 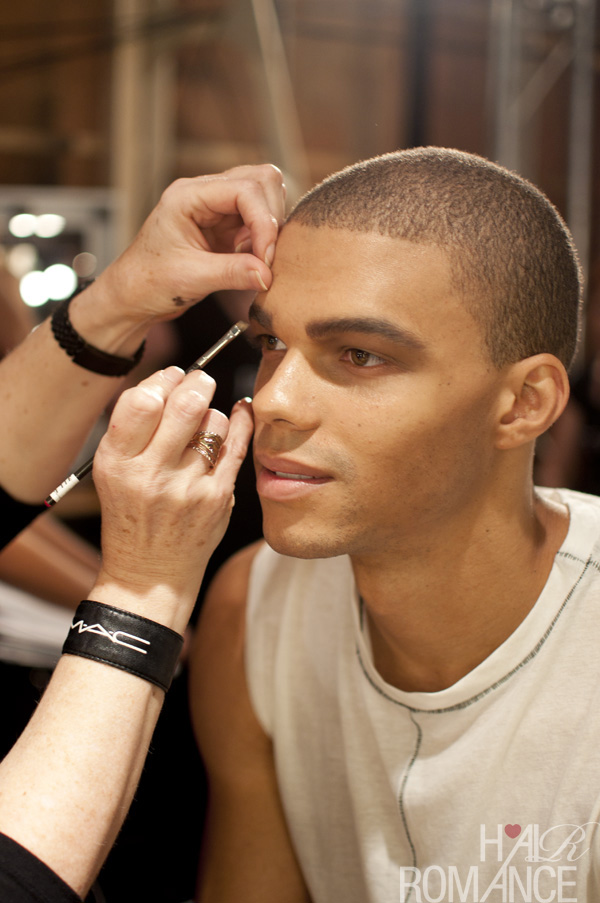 Strong eyebrows for sporty chic at Song for the Mute 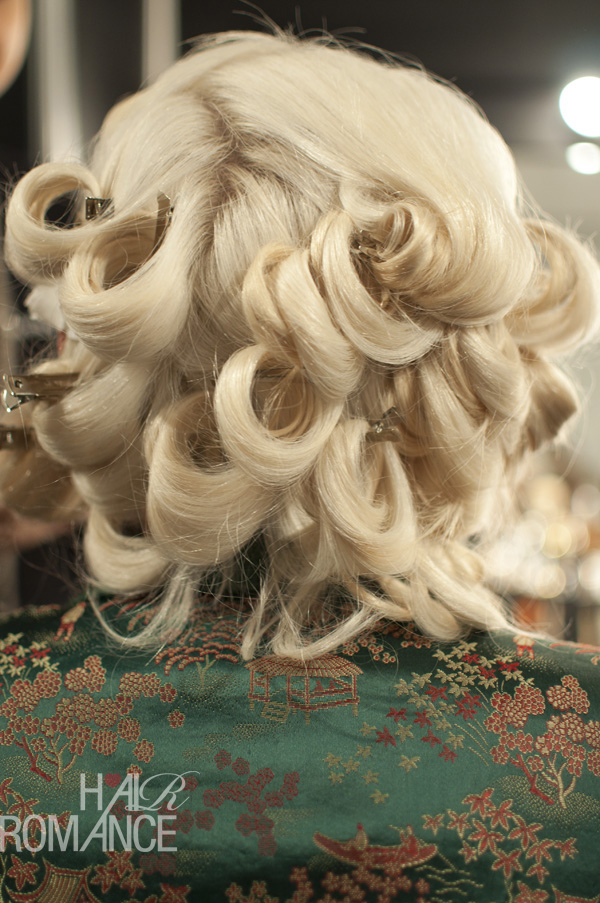 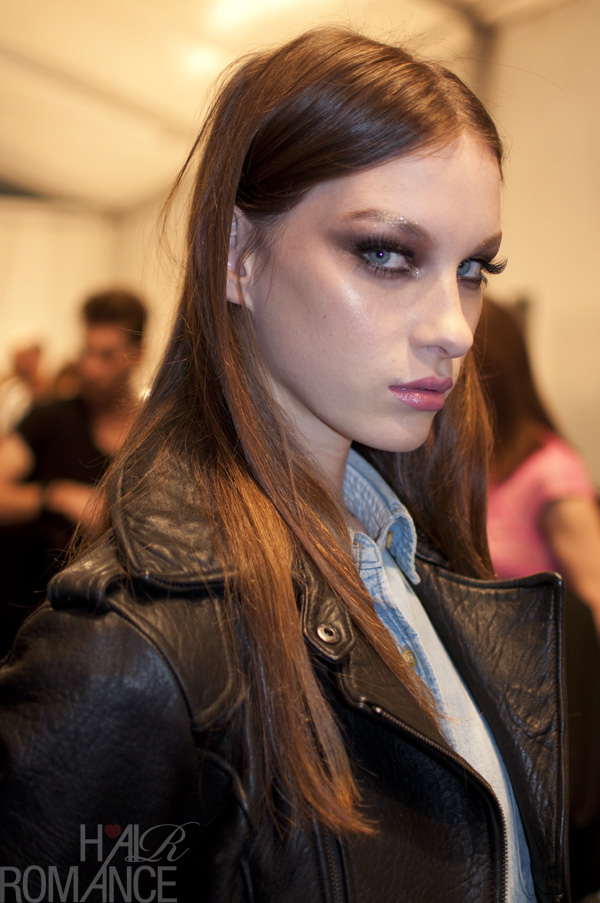 Those lashes! At Johanna Johnson 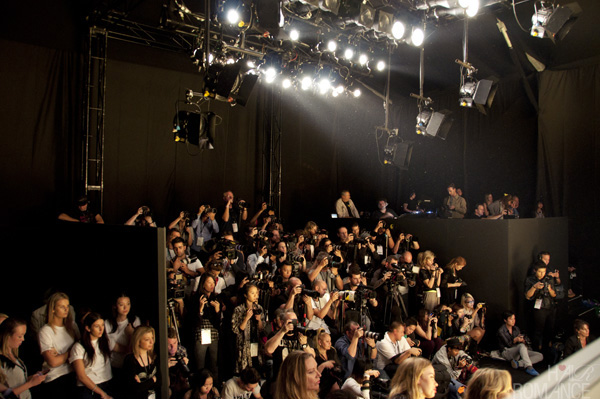 The insane photographer’s pit, a scene repeated at every show 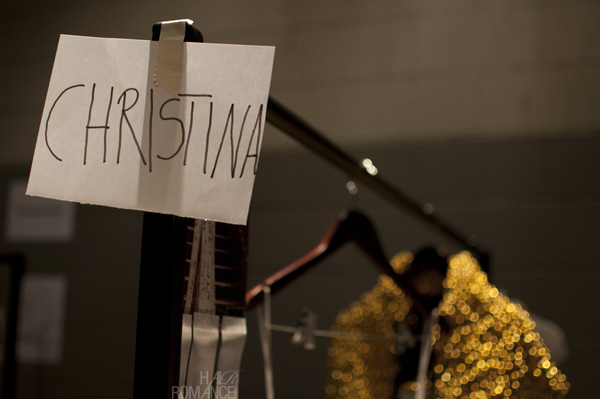 No, not me! A rack of stunning gowns at Bowie, that gold number is made of bells. 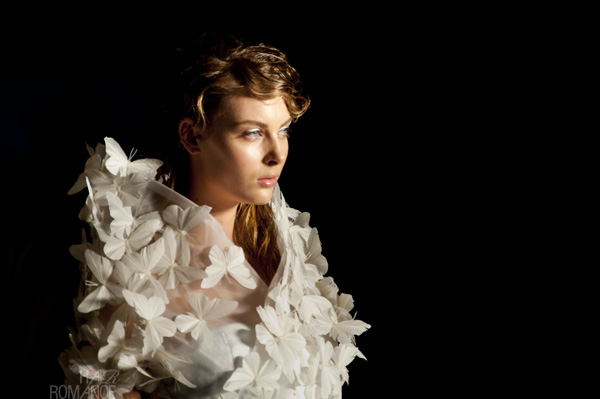 Bowie opened with thunder and lightening, presenting an amazing collection inspired by the Lady of the Lake and other stories.

Day two is over. Twice as many shows, so twice as many pictures as yesterday. I’ll be bringing you full how-to posts and lots of backstage secrets later in the week. There are so many great hair moments to report I think it will run into next week too.