Today I have a guest post from Carly Findlay who is sharing her hair romance story of how she came to love her hair. She’s a blogger, writer, speaker and appearance activist and she’s also a friend. She challenges people’s thinking about what it’s like to have a visibly different appearance. 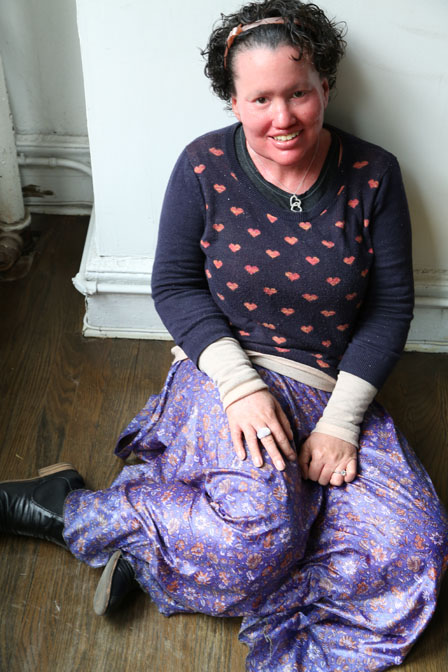 My hospital file is thick. That’s what happens when you live with a rare severe illness requiring many inpatient stays and outpatient appointments throughout life. The file is more than a medical report though. While it’s filled with doctors’ notes and medical photography, it’s like a scrapbook – with pages of articles I’ve written, and locks of my hair. My hospital file has come with me from the children’s hospital to the adult hospital. A few years ago, the head dermatologist – who I’ve seen since I was six years old – flicked through the pages from my childhood. He told me that when I was a little girl, I wanted to become a doctor and have long hair like Rapunzel. My childhood dreams have not come true. I’m living a great life, but I’m not a doctor, nor can I hang my tresses over my balcony for my prince to climb.

The rare, severe illness – a skin condition called Ichthyosis – has meant my hair has never been long. And it will never rival my hospital file for thickness. The type of Ichthyosis I have (Netherton’s Syndrome) causes brittle hair, prone to breaking off at the root. My scalp is scaly.

My hair as a newborn was thick and straight – much different to my Mum’s African ‘fro. And then it fell out. At preschool and primary school, Mum would scrape together my hair into ringlet pigtails. I never wanted a haircut because my hair took so long to grow – what a waste of hair, I thought!

Mum spent half an hour each night combing my scalp – she did this until I was in my late teens. This was such precious time spent together – I would tell her about my day and we would get creative through making up stories. I am so lucky that this condition has allowed me to bond with my parents, and for the opportunity to read and write instead of playing sport or while laid up in hospital. Sometimes, when I go home to my parents, I cuddle up on the couch and ask Mum to do my scalp like old times – it feels like love.

At high school I discovered hair clips which broke my hair more, and mousse for curly hair – which gave me round, yet crunchy curls. All the girls were dying their hair with supermarket rinses – reds and burgundies. I tried henna, but it was very messy, and the white scales on my scalp ended up redder than my very dark brown hair would take.

When I was around 15, the hair just above the nape of my neck fell out. Like an undercut. Except I never wanted an undercut – they were so 1994. My scalp became itchy and bloody, and the more I scratched the less my hair grew. It became patchy at the front too – and I would clip the wispy strands over the bald spots to hide them. Dermatologists did not know the cause, nor what to do – it could have been a fungal infection, but was probably just my unpredictable skin condition playing up. It went on for two and a half years – the less I scratched it the better it became. 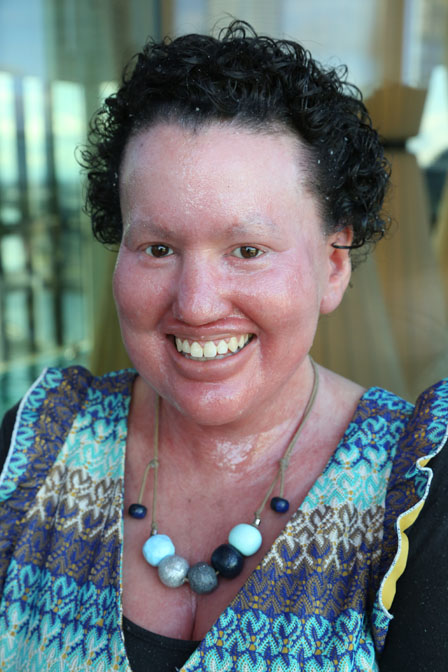 In the past 10 years, my hair is the best it’s ever been. While it’s not long, it’s thicker and healthier. It’s curly so it looks full. Sometimes I get bald patches when the comb nicks my scalp, but these grow back much quicker than when I was younger. I stopped using supermarket and salon shampoo, instead switching to sulphate-free shampoo (I love Alchemy and MooGoo) and I condition more than I wash my hair. I comb the scale from my scalp every second or third day, which gives it a rest from the gentle trauma of skin agitation. And I wear hats – not only to protect me from the sun, but to keep me warm. We lose so much heat from our heads. I occasionally use very gentle, moisture-rich styling products like the Body Shop’s brazil nut cream, plain coconut oil and Miss Jessica’s products for African hair that I found in New York (I love Curly Pudding). 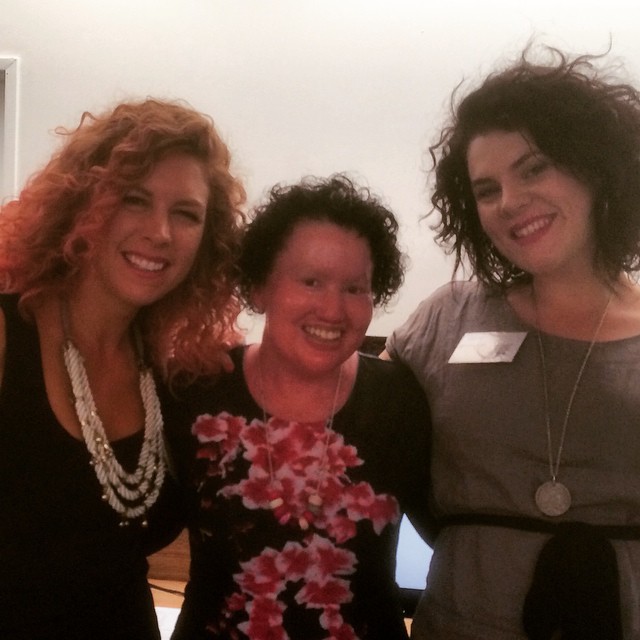 I used to see long hair as a sign of femininity – and because my hair has always been short, it was hard to feel feminine because of this portrayal. It’s rare to see actors and models with short hair. It didn’t help that sometimes, when people stared at or commented about my skin, they’d ask why that boy had a red face.  They couldn’t see past my red skin AND they thought I was a boy. Now, as I look for wedding inspiration on Pinterest, short hairstyles are lacking. But I’ve poured over pictures of Kerri Russell in her short haired phase, and pinned some beautiful photos of women wearing floral and pearl hairpieces over their short curls.

The way the media and advertising portrays people with scaly scalps can be damaging – have you seen dandruff shampoo commercials?! People with flakes in their hair and on their shoulders are depicted as dirty, unsuccessful and to be avoided. This isn’t the case. Conditions like mine can’t be treated with anti-dandruff shampoo. People with dandruff and other scaly scalp conditions shouldn’t be socially penalised for our appearance and the media and society’s perceptions of a scaly scalp. 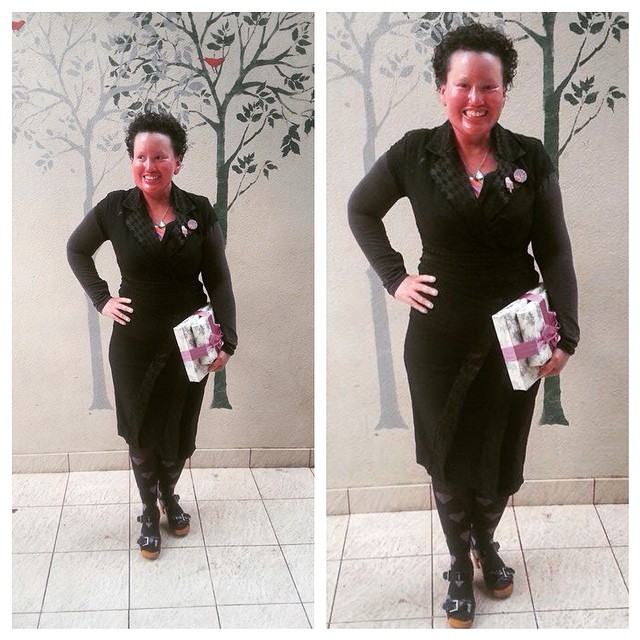 Now I’m close to my mid -30s, I am at peace with my hair and my scalp. I love my curls, I love it short (because it makes me feel tall) and I can’t wait to wear a sparkly accessory in my hair on my wedding day. That dream of being Rapunzel is long gone – I’ve learnt to manage my hair and scalp the best I can, and realised that others’ perceptions of short hair and a scaly scalp do not detract from the person I am.

May is Ichthyosis Awareness Month – aimed at raising awareness of this rare, severe skin condition. Twenty people per million have the condition, and there are more than 25 varieties – ranging from mild (the most common) to sometimes fatal. Each day in May I’ve shared stories from people affected by Ichthyosis. In early May I organised the first national Australian Ichthyosis meet – where 70 patients, parents and family members came together to form social connections and offer each other advice and support. It was an amazing day and I am very proud. 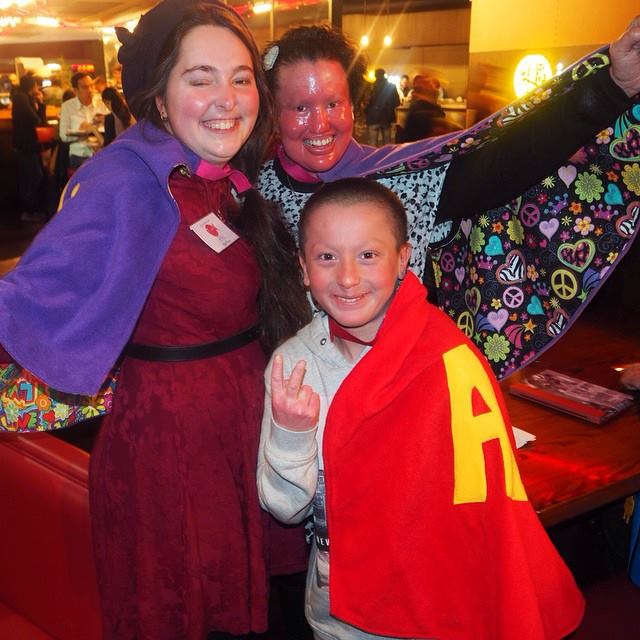 Carly Findlay is an award-winning writer, speaker and appearance activist. She challenges people’s thinking about what it’s like to have a visibly different appearance. She was named one of Australia’s 100 Women of Influence on 2014, and received a number of blogging awards. She blogs at carlyfindlay.blogspot.com. Follow Carly on Facebook, Twitter and Instagram.