Enter the world of Crissy. 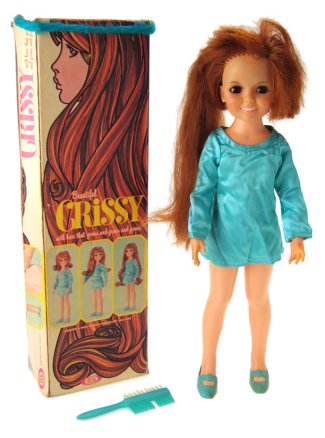 Did you know there was a doll in the 1970s who’s hair grew? Her name was Crissy and she was all about the hair.

My name’s Christina and my friends call me Chrissy. Who knew my life would have been predicted by a doll in the 1970s? 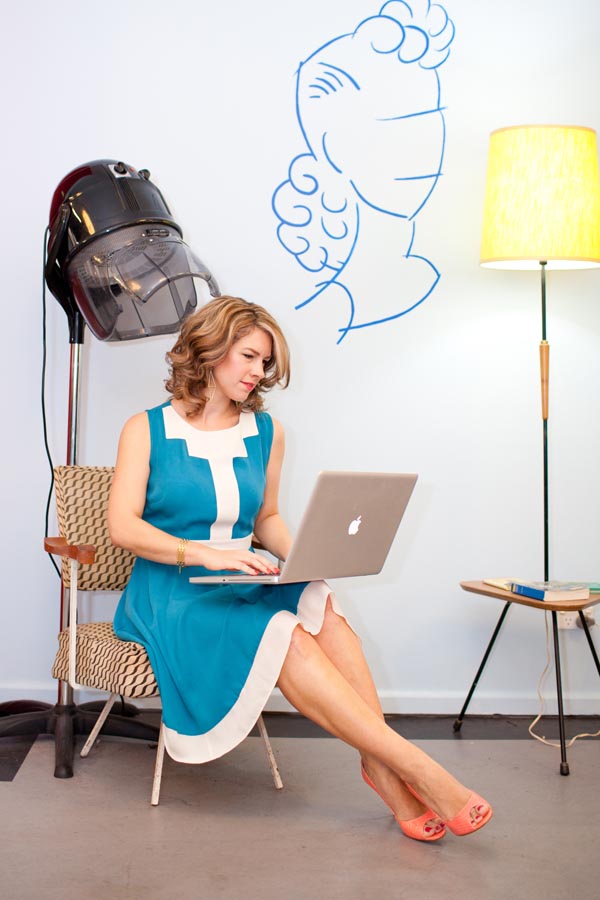 Beautiful Crissy: Her hair “grows” down to her toes!

The Crissy doll had a hair that grew when you pressed a button on her stomach. It turned from a bob into a ridiculous floor grazing mane. When you wanted a new look you could wind her hair back in with a dial in the middle of her back. I wish my hair would grow at the touch of a button.

Crissy had a cousin called Velvet and a bunch of friends with great hair too.

Click here to watch to embedded video of the Crissy commercial

This Crissy doll commercial is hilarious. There was also a talking version of Crissy but she’s a little disturbing. Crissy says “I have a secret. I’ll never tell.” She also wants you to brush her hair and set her hair, and she’s very polite.

I can’t believe there’s a hair doll with my name. It seems so weird.

Have you ever heard of the Crissy doll? If you were a doll what would she say?