Taylor Tomasi-Hill has kept her hair salon a secret for years.

I met the street style star backstage at Mercedes Benz Fashion Week Australia where she was hard at work as the stylist for the Oroton debut show. Of course the conversation turned to hair. 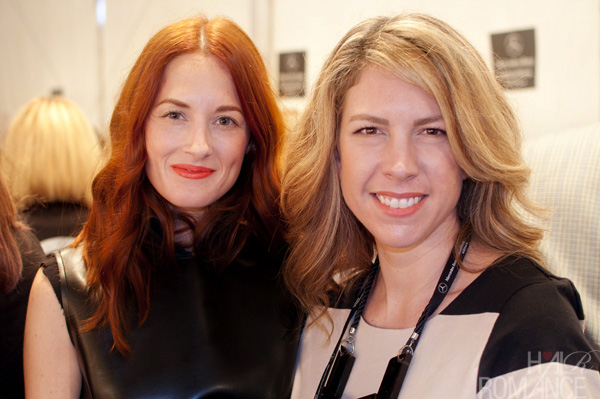 I told Taylor it was a good idea to keep the formula to her signature bright red locks a mystery. She laughed and said “No-one wants to spend all Saturday sitting in the salon.”

It all started years ago when she was first working in New York. She would sneak off to the hairdresser during her work day. If no-one knew her salon they wouldn’t be able to find her and confirm she was there.

Taylor said she doesn’t need to keep it a secret anymore but it’s kind of stuck. Plus now she never sees anyone she knows at her salon and so can relax while she’s there.

I thought she was just protective of her colourist and was worried once word got out she wouldn’t be able to get an appointment, but I love the sneaky start to the mystery of who colours her hair.

Do you keep your hairdresser a secret?