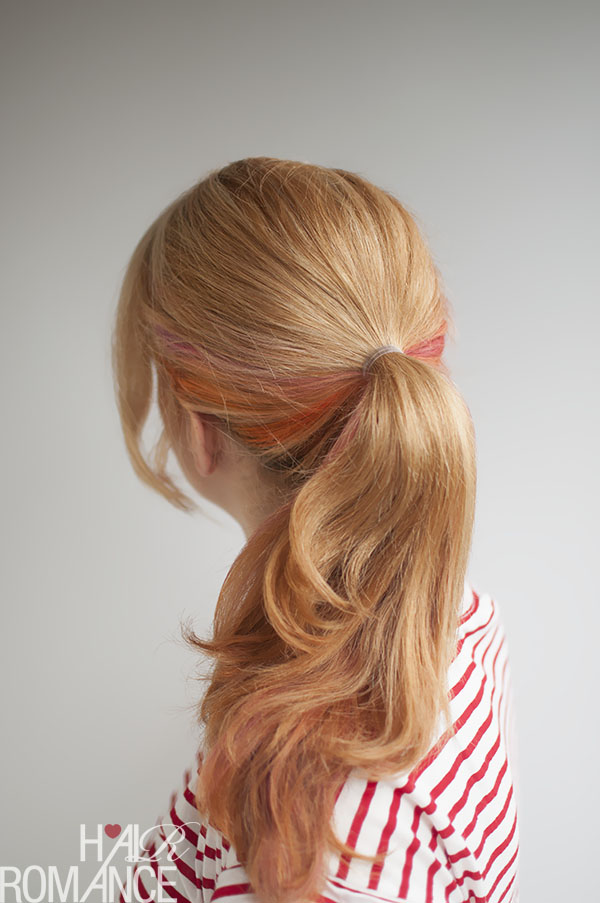 I’ve seen a few pics around on Pinterest about a trick to make your ponytail look longer but I was still a bit sceptical. Does it really work?

So on Sunday afternoon I tested it out and yes, yes it does work!

There’s a secret second ponytail right at the nape of your neck to give the illusion of long hair even when wearing your hair up in a high ponytail. 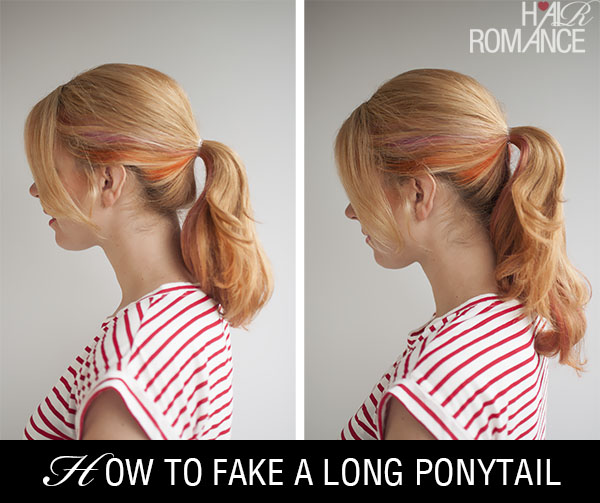 In the after pic I’m even wearing my ponytail a little higher, which should mean an even shorter ponytail but instead my hair looks much longer. This trick works in straight, wavy and curly hair too.

Hair Tutorial – How to fake a long ponytail

The secret to making this look like one ponytail when it’s really two ponytails is how you section your hair. You can just section your hair at ear level and do a high ponytail and low ponytail but you’ll see your hair going down to the low ponytail. If you have dark hair this may not be as obvious but it my hair it was really noticeable. 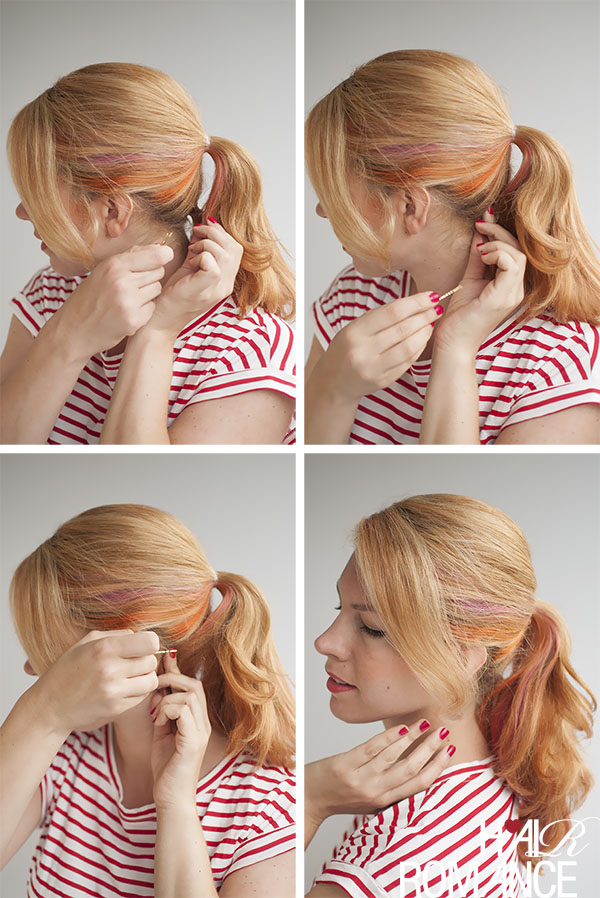 So as not to expose the secret double ponytail underneath, I like to pin a small piece of hair loosely at the sides of the second ponytail. Not that it matters if anyone sees it, but I like to keep the illusion that it’s all one long ponytail. 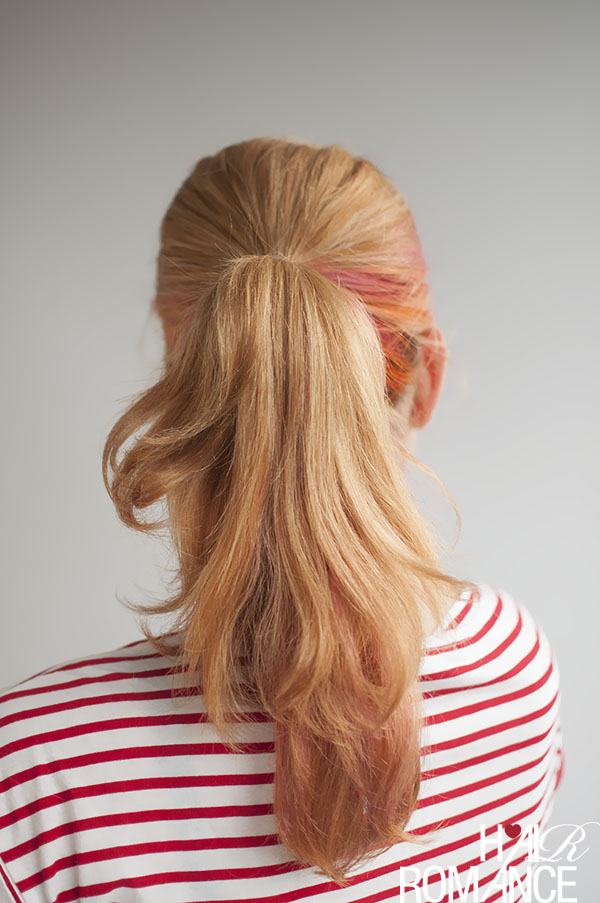 Have you always wished for longer hair? Try this secret double ponytail trick to fake long hair without extensions!